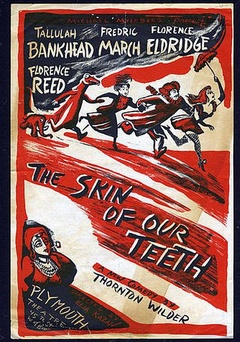 剧情简介 : Production of Thornton Wilder's Pulitzer-winning play about mankind's triumph over chaos, which wildly altered dramatic conventions in freely shifting between modern-day New Jersey and the ice age - the Antrobus family pets being dinosaurs; and having characters speaking directly to the audience and criticizing the way their own dialogue was written.BY:www.yuanji.cc